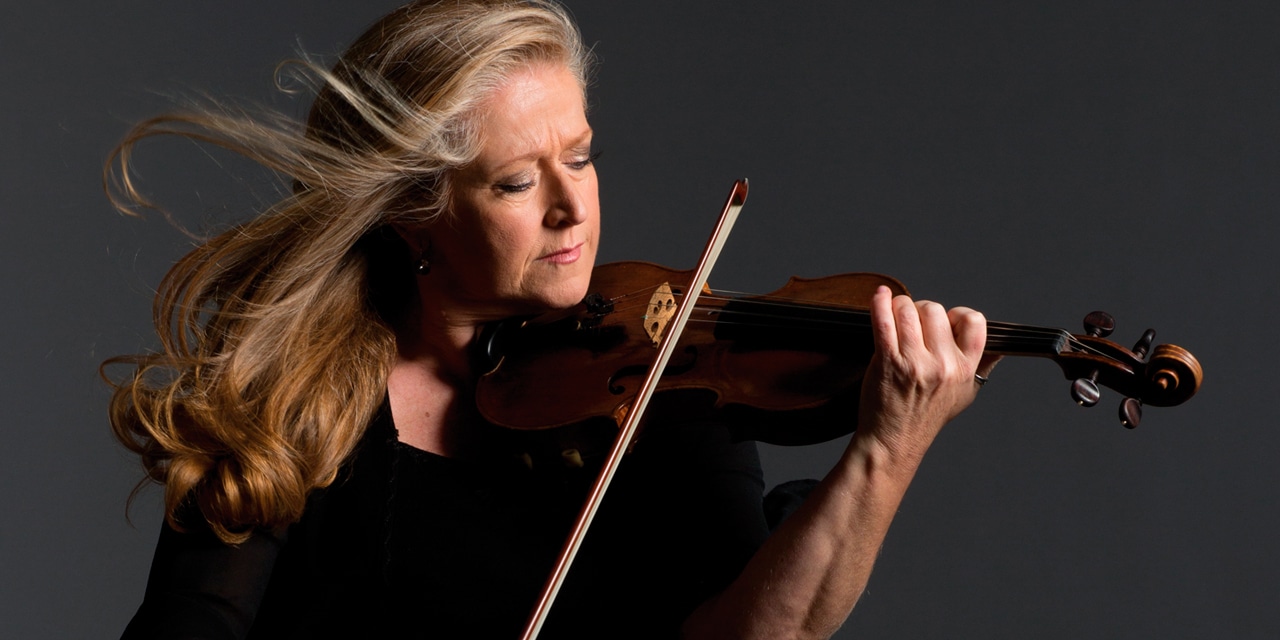 In early 2020 we completed the fundraising to acquire for Jacqueline a magnificent Nicolò Amati violin from 1672, shortly after she gave an exhilarating performance at Hughes Hall in Cambridge as part of the Stradivari Trust Concert Series which included one of her own compositions for violin and cello entitled Machair to Mhyrrh.

Jacqueline is a regular performer in East Anglia, having been Leader of Britten Sinfonia since 2005, and is also much in demand as a Guest Leader with many of the UK’s leading orchestras and ensembles including the Nash Ensemble, London Sinfonietta, Scottish Chamber Orchestra, English Chamber Orchestra, BBC Scottish and Royal Philharmonic Orchestras.

Trained at the Royal Academy of Music and the Britten-Pears School in Snape, Jacqueline became Leader of English Touring Opera, but soon decided to focus her career on chamber music. Since 2011, when she took a year out to explore other musical pathways and which resulted in Postcards from Home, a world music/jazz CD in collaboration with Kuljit Bhamra (tabla) and John Parricelli (guitar). Jacqueline is writing more and more material and recently had a piece premiered in London by Britten Sinfonia and tenor Nicholas Mulroy entitled Three Landscapes for oboe quartet and voice set to poems of Laurie Lee, Clifford Dyment and WB Yeats.

As soon as I played the Nicolo Amati violin I connected with it and knew this was the instrument I have been waiting all my life for. It has everything I need: a beautiful warm rich sound and a free glorious E string. I cannot believe what a difference it is making to my performances. It is incredibly exciting to have found it, and it would mean everything to me to be able to play it for the rest of my performing career.